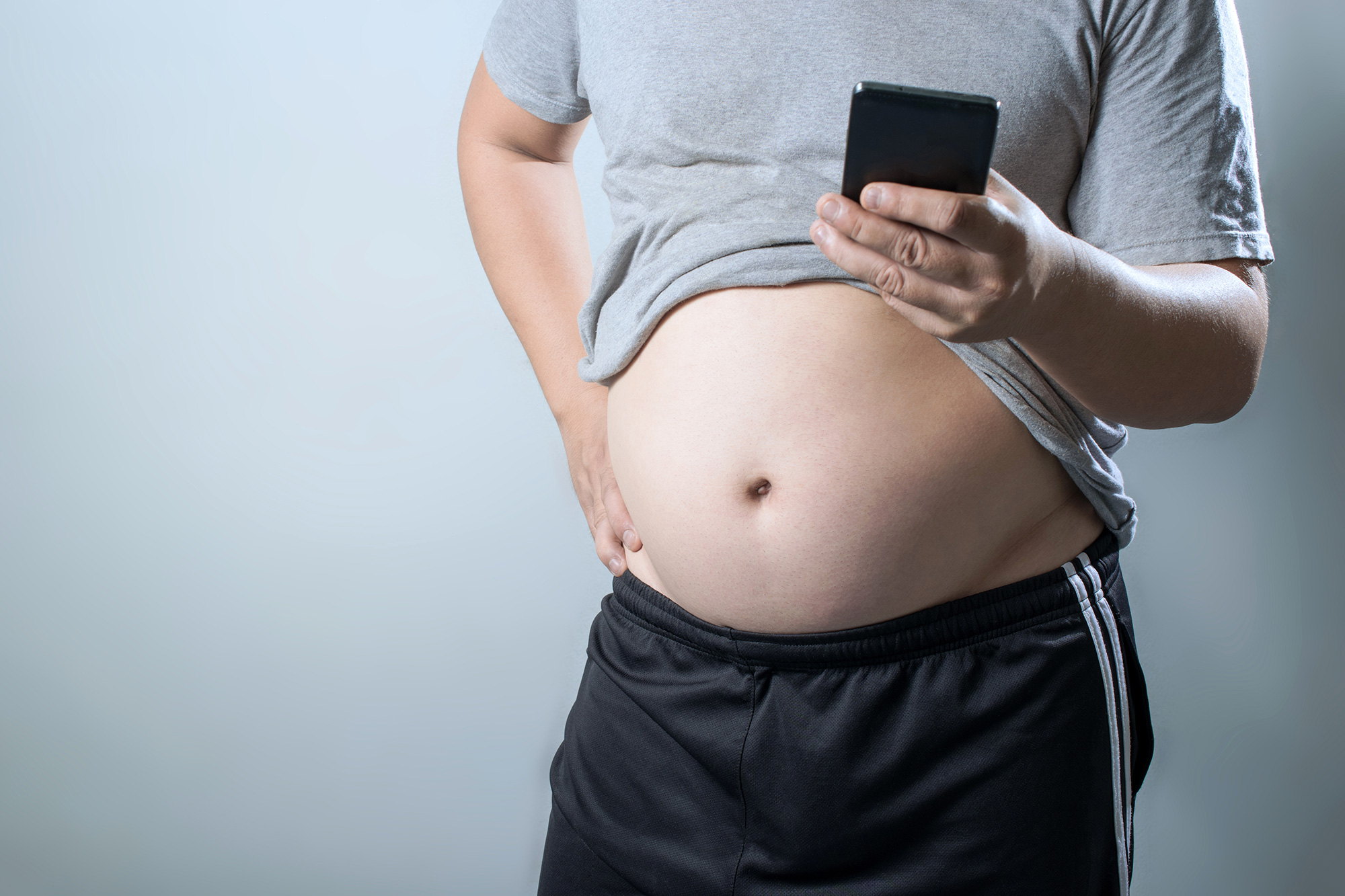 Is digital obesity the health problem of our future?

Author William Powers makes a convincing call to disconnect from our devices and the internet more often in his 2010 book "Hamlet’s Blackberry." He argues our devices, for all the good they bring to our lives, also cause a measure of harm. With the digital party just getting started, his ideas at the time were seen as radical: why should we take a digital Sabbath Day (go completely offline for 24 hours) or go “Commando” (leave your phone at home when you go for a walk)?To be sure, the digital revolution has brought tremendous good: greater connectedness, a democratization of information, life-saving advances in fields ranging from transportation to healthcare. But fast forward to today and it is becoming increasingly clear that Powers was onto something: our digital tools are bad for our health in many ways:

In other words: our next big public health crisis is digital.

The rise of digital obesity

If the digital revolution comes with so many negative side-effects, could tech behemoths like Apple, Google, and Facebook soon be viewed in the same negative light as tobacco or oil companies? Could they be sued for knowingly providing products that are addictive and bad for us? That sounds extreme, but it’s the view of Gerd Leonhard, an author and sought-after advisor to top executives at the world’s largest companies. The Wall Street Journal calls him "one of the leading Media Futurists in the World.” A Luddite he is not, and yet, in his book “Technology vs. Humanity,” Leonhard writes (emphasis in bold mine):

“'Mobile devices are the new cigarettes.' Exponential technologies that seem to make our lives easier, that play on our natural laziness and our need to be liked are highly addictive and often have a drug-like effect.

As the amount of data, information, and media available grows exponentially, so a huge digital obesity challenge is now looming large. We need to take it seriously and tackle it because the digital strain will be even more crippling than physical obesity.

Those companies feeding off big data and the so-called networked society are swiftly becoming the next Exxon-Mobils, eagerly providing the new opium for the masses.

Selling magic and then upselling to manic or toxic is probably the biggest business opportunity of the Digital Age, and at its worst it’s really no different than adding addictive substances to junk food or tobacco.

Nothing and no one is offline, ever—unless you can afford the luxury of disconnecting or visit one of the offline worlds, such as the Swiss Alps, that have become popular ‘digital detox’ vacation destinations. Offline is the new luxury, no doubt."

Here’s a guy who loves the future, who loves innovation, who is probably a gadget freak himself, and whose customers include the big technology companies. And yet, he has laid out in a book what, to most of us, sounds like an extreme line of thinking: this digital party is very bad for us. This “new opium” makes many of us unhappy and unhealthy, and the technology companies knowingly keep us hooked (even though they, of course, feign ignorance and deny culpability, just like the cigarette and oil companies did).

Think about it: these products don’t arrive in the world out of thin air. There’s a product designer at the other end of the screen. Someone has decided your phone should notify you by default of every single event that ever happens in every app. Someone has decided your computer should encourage and facilitate “multitasking.” That your phone still functions even while you drive a car. That your Facebook Newsfeed shows exactly those things that are most likely to keep you there and keep you coming back. None of this is a coincidence, it’s all purposefully built that way. Just like William Powers, Gerd Leonhard is ahead of his time. On Main Street, his ideas will currently sound like some kind of wild conspiracy theory. But he makes a lot of sense: if we’re honest, we all know we’re too distracted, constantly multitasking, and never present in the here and now. What’s more, just as with cigarettes and climate change, the scientific research is rock-solid: how we’re currently working and living is unsustainable, it’s simply bad for our bodies and minds (just read "BrainChains). There’s no debate here. What is up for debate is how to solve the problem. Powers believes the answer lies in self-discipline, Leonhard wants to create international ethics standards. At Saent, we believe a good part of the solution can be created using the very technology that got us into this mess.

There’s no reason why your device can't function in such a way that it brings out the best in you. Instead of distracting you, it can help you block distractions. Instead of keeping you glued to the screen, it can help you take breaks. Instead of encouraging overwork, it can encourage you to go home to see your family and friends. When the foundations of our modern technology were laid, digital obesity was not a conceivable issue. It makes total sense features meant to fight it are not baked into our current devices. And by now, the business models of what Leonhard calls the “digital overlords” are largely built around sucking up as much of your attention as possible. With the help of early prophets like Powers and Leonhard, we’re all starting to realize that we’ve lost something in this digital bonanza: our humanity. But there’s nothing  that prevents those same tools from helping us reclaim that humanity, and perhaps even making us more human. That realization is a driving force behind what we’re doing at our startup Saent. Our core purpose is “empowering human minds.” We’re building products to help people nurture their minds, by focusing, doing great work, and ultimately, living more fulfilling lives. A lot of it comes down to disconnecting more often; creating uninterrupted time to work, think, learn, and relax. On the practical and immediate horizon, we have a very clear proposition: to help people have at least one half hour of completely uninterrupted time per day. 30 Minutes to do just one thing: work, read, listen to music, almost anything goes. This simple change makes an enormous difference in productivity and mental well-being. It also trickles down throughout the rest of your day, because over time you train your ability to concentrate for longer periods. To “empower human minds,” our devices and software must help combat digital obesity. But that will only be the beginning. For humans to come out on top in the coming wave of automation, we will need to do more than just reduce the fat. We’ll need to get our digital health in shape. This is what Saent is all about, and we’re excited to take on this enormous challenge together with you! Cigarette image via Roberto.Jorge