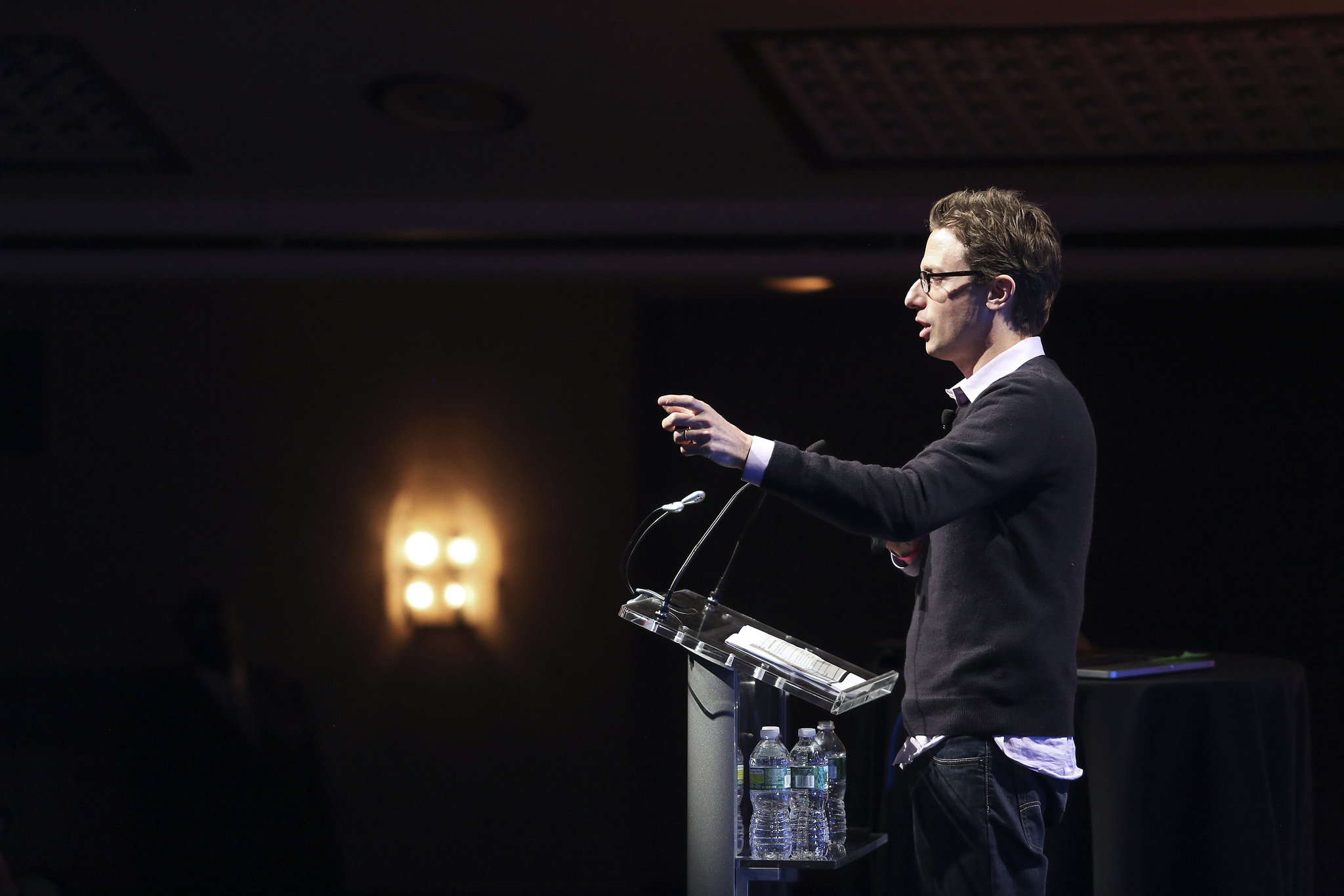 9 Things You Can Learn From BuzzFeed’s CEO and Founder

Jonah Peretti is to BuzzFeed what Howard Schultz is to Starbucks. And since BuzzFeed is to media what Starbucks is to coffee, the analogy runs deeper than them just sharing the same job titles (both are Founder and CEO).In fact, the similarities don’t end there: if you would never drink a cup of Starbucks coffee and only read any of Schultz’s books, you will be convinced theirs is the best coffee in the world. In similar fashion, a very extensive interview (91 minutes as measured by Medium) with the BuzzFeed Founder titled “BuzzFeed’s Jonah Peretti Goes Long”, leaves you convinced BuzzFeed is the most respected online news source on the planet. People arguing the contrary (Starbucks coffee being dog-piss and BuzzFeed news equaling brain farts) are easy to find*. Whether they’re right I’ll leave for another time. What is harder to deny though is that both these men are incredibly smart. If you’re interested in business I can highly recommend reading a book by Schultz. And the interview with Peretti is full of beautiful nuggets of wisdom, advice and insights. Not only on business and media, but also on life in general. Luckily for you, you don’t have to read the entire 91 minute piece. Taking a page from Peretti’s playbook, I’ve pulled out my nine favorite take-aways and quotations below (I know, it’s still long, but you should see the original; the scrollbar on that one puts the Trans Siberian Railway to shame).

1. Don’t have regrets about missed opportunities and “how things could have been”.

"It could be that you are living your best possible life and that if you re-play life hundreds of other times, that this life you’re living is the best or among the top 5 percent of lives that you would have lived, and in lots of other ones you’d end up in an alley or in an unhappy relationship or with a job where you’re not intellectually fulfilled, and that you have found this amazing path." It’s also possible that you’re not even in the top 50 percent of lives and that your life is really tragic and that despite all the wonderful and impressive and amazing things you’ve done, that you had the potential to do all these incredible other things that would have been either bigger in scale or more fulfilling or more modest and simple, but more pleasurable or whatever. That there were all these other paths that would be better. It’s, I think, hard to say whether there is something I missed that would have made things much better. In general, I’m pretty happy, and all these imagined alternate lives, I wouldn’t know how to even begin to speculate on how they’d compare.

2. There is a great advantage to being one of the first to discover a trend or market

(In Peretti’s case, this was the concept of things “going viral” on the internet.) "If there’s a forest where the underbrush is wet, the trees are far apart, there’s not many dead trees, you could take a flamethrower to it and it won’t burn. If the forest is dry and it’s been hot and the trees are close together, you can just drop a match and the whole thing will burn. I think there was a period between 2001 and 2003 when the dry forest was ready to burn. If you made something that was pretty funny and you made something that had certain qualities that caused people to want to share and talk and discuss, then things would spread pretty far."

3. Just because something doesn’t make money, doesn’t mean it’s not worth your while.

"We were on CNN talking about Rejection Line and they think it’s kind of a cool project and then they’re like, “So, are you making any money on this?” We were, “Oh, no, it’s not a commercial project.” And they’re like, “Ha ha ha.” They were laughing. “You’ve got a lot of time on your hands.” That’s a phrase people would use. “Oh, wow, you must have a lot of time on your hands,” and laughing that it doesn’t make any money." For a lot of people, having something make money is the thing that legitimizes it. Maybe mainstream media legitimizes it to a certain point, but mainstream media plus actually making money is, “Oh, this is real.” For me, I was just trying to understand how these networks work."

4. You shouldn’t overestimate your own importance in a joint effort.

"People always overestimate their importance to the success of the company. When you talk to the people who are on the sales side, they say, ‘Well, you know, we drove revenue. That allowed us to invest in all these things. None of the rest of the company would have even been possible if we hadn’t driven that revenue.’" You ask the tech people, the product people, they say, ‘That’s the competitive advantage of the company. All the other companies had great editors but we had the better tech.’ Then you ask people who are on the editorial team and they say, ‘Well, if you get a scoop, people have to link to it no matter where it is. Great editorial content is really what drives the traffic. The CMS, it can be broken and then stop you from being successful, but if it’s good enough, then editing really is the key and so we really drove a lot of the success.’"

5. We shouldn’t always equal success and achievement with money.

6. You can be both ambitious and humble (though it’s not easy).

"I think the challenge is how do you be humble about what you know, because there’s nobody to learn from if you’re arrogant. And at the same time, be ambitious and say, “We’re going to try to do big things.” They’re kind of at odds, but I feel like the best way to operate in a fast-growing startup is to be able to do both. It is a tricky balance."

7. Incredible success stories are usually not only built on talent and intelligence, but also a bit of luck early on.

"You have more opportunity when you have an early success, then there’s more opportunity and then that opportunity allows you to do other things and it snowballs. So small, lucky things that happen early on can sometimes have a ripple effect and then people look back on it and say, oh wow, that person is smart or talented or something because it seems like it’s a string of these things, but actually they’re not independent variables."

8. It’s easy to be fooled by metrics.

(In this example, mistaking “time watched” for quality TV content.) "One of the reasons reality TV became so dominant was because people looked at time as being the metric. And the reason that reality TV works well for time is that the classic reality TV formula, in the beginning, was the tribal council and somebody getting eliminated. So you could have 50 percent of the show being boring filler and you’re kind of wanting to change the channel but you’re like, “Oh, but I wonder if my favorite person’s going to get eliminated.” So you have to watch to the end to see the elimination. In a way, that was a way of gaming time. You could look at that and say, ‘Oh, they spent an hour watching this show, including the commercials. That means it must be a really high quality show.’ But it also might just mean that they figured out a hook that incentivizes you to watch to the end and then did a lot of mediocre content in the middle."

This post: summarizing long articles is good for readers like yourself, but bad business (missed traffic) for the publisher of the original long article. So if you have 90 minutes to spare...BuzzFeed’s Jonah Peretti Goes Long, by Felix Salmon for Fusion. Image via TechCrunch, Creative Commons.